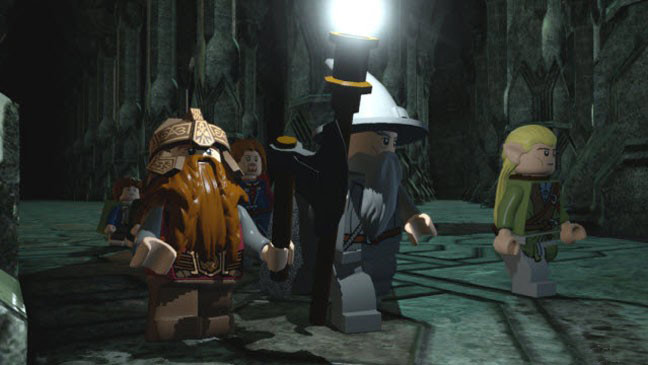 HABERLER
LEGO The Lord of the Rings’in Trophy Listesi Yayınlandı

Traveler’s Tales, LEGO The Lord of the Rings’in trophy listesini yayınladı. Avrupa’da 23 Kasım’da çıkış yapacak oyunun 49 adet Trophy’den oluşan kupa listesine aşağıdan bakabilirsiniz:  One Ring to build them all Collect every trophy  The strength of Men failed Complete ‘Prologue’  It’s a dangerous business… Complete ‘The Black Rider’  That is no trinket you carry Complete ‘Weathertop’  The […]

One Ring to build them all
Collect every trophy

That is no trinket you carry
Complete ‘Weathertop’

The long way around
Complete ‘The Pass of Caradhras’

On the Precious…
Complete ‘Taming Gollum’

Soft and quick as shadows…
Complete ‘The Dead Marshes’

Safe is where I’ll keep you
Complete ‘Track Hobbits’

The battle is about to begin…
Complete ‘Helm’s Deep’

We did it, Mr Frodo
Complete ‘Cirith Ungol’

They have been summoned
Complete ‘The Paths of the Dead’

You and whose army?
Complete ‘The Battle of Pelennor Fields’

This day we fight!
Complete ‘The Black Gate’

My Precious…
Collect all the Mithril Bricks (Single Player Only)

There and Back Again
Get 100% (Single Player Only)

Not with 10,000 men…
Unlock all characters (Single Player Only)

The Lord of the Ring
Complete the Bonus Level

Our only wish is to catch a fish!
Fish perfectly 20 times by pressing the icon as it flashes

…And away he goes, Precious!
Defeat Gollum as Gollum

That one counts as mine!
Finish one of Gimli’s opponents as Legolas in ‘Helm’s Deep’

I’ve always been taller!
Use the Ent Draught on Pippin

One does not simply…
Walk into Mordor

Great!…Where are we going?
Form The Fellowship of the Ring

That still only counts as one!
Defeat an Oliphaunt as Legolas

An expected journey
Travel to Trollshaws as Bilbo

It won’t be that easy!
During ‘Prologue’, jump into the fires of Mount Doom as Isildur